Fans of The Sinner are currently facing a frustrating wait to watch season three. While US audiences are already enjoying the latest instalment of the crime mystery series, we’re still waiting for an official release date from Netflix here in the UK.

Many are also left wondering if the series will be a trilogy or if we can expect a fourth season. Here’s everything we know so far:

Has The Sinner been renewed for a fourth season?

Not yet. In fact, we’re still waiting for season three to drop on Netflix here in the UK, although it is currently airing in the US.

The show remains popular and critically acclaimed. Plus with the majority of the cast changing every year, a fourth season isn’t reliant on convincing actors to commit. So we reckon fans are in with a decent chance of a renewal.

What’s The Sinner about?

The Sinner is a crime mystery series that caught fans’ attention in season one by flipping the ‘whodunnit’ format into a ‘why-dunnit’. Jessica Biel plays a woman who, in one of the most shocking and gripping starts to a series we’ve ever seen, stabs a man to death on a beach. But has absolutely no idea why she did it. The series then unpicks the crime over eight episodes.

Season two tells a completely different story, but maintains the same sense of intrigue. This time we’re focussing on a child criminal, a 13-year old boy who is suspected of killing his parents in their motel room.

Season three is yet to air here in the UK, but we know it begins with Harry Ambrose (Bill Pullman) being called to the scene of a car accident in which the driver was killed. And there are many unexpected twists and turns to come after that…

Who is in the cast of The Sinner season 4? 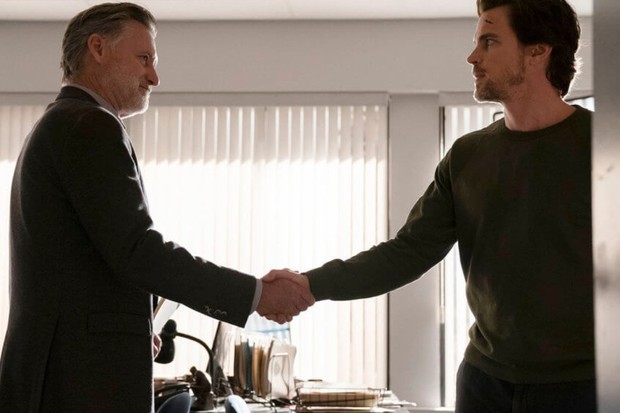 Bill Pullman and Matt Bomer in The Sinner season 3

Each season of The Sinner is intended to be a ‘closed-ended’ story, which is part of the appeal for fans.

But while the crimes and most of the cast are different every time, the investigator stays the same: the one and only Harry Ambrose, played by Bill Pullman. As long as he makes it through season three (no spoilers here!) we expect him to appear in season four.

As for the rest of the cast, The Sinner has a reputation for attracting top names including Jessica Biel and Chris Messina, so if season four does go ahead you can expect some brilliant performances.