Hunted is one of the most competitive shows on television with the Channel 4 programme bringing in millions of viewers each year.

Throughout the series, the Hunters have to catch the contestants while they attempt to stay hidden but how does it work?

How does Hunted on Channel 4 work?

Hunted might seem complicated, but on the face of it, it’s actually quite simple.

A batch of contestants go on the run in the United Kingdom as they attempt to go completely off the grid for 25-28 days.

They can take anything they can carry with them, including tents, food, and disguises, and they are given access to a bank account with £250 in it. They are not allowed to leave the UK.

Each fugitive is given an embedded camera operator to capture their every moment.

Sounds easy? Well, not when you have a batch of the country’s finest investigators on your trail.

The Hunters use state of the art detection services employed by the likes of the MI5 to track down the contestants – this could be anything from watching their bank transactions, tracking their phones or even interrogating their family members.

Just half an hour after the fugitives go on the run officially, the professionals are given their names, ages, addresses and mug shots, as well as aerial footage of their escape.

The Hunters are allowed to access security camera footage, so long as they had proved to an independent adjudicator, Kevin O’Leary (former Head of Covert Operations for the Met Police), they had done enough detective work to justify it.

But with years of experience behind them, surely the Hunters will win?

Not always, as there have been 10 successful fugitives since the show was launched in 2015.

To win, the contestants must head to an extraction point, that will only become clear to them towards the end of the series.

You can apply for season six now if you’re feeling brave. 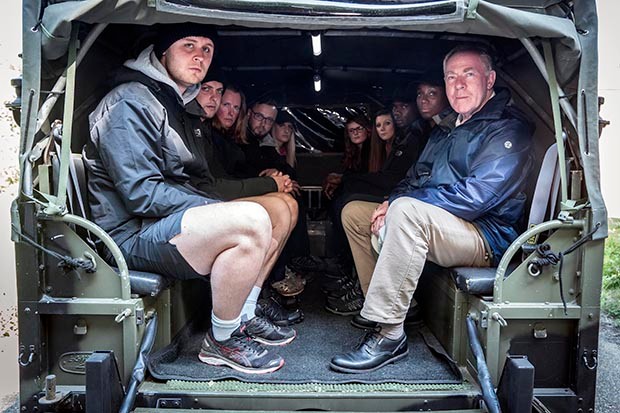 What do the contestants win if they avoid capture?

Obviously, the more people who win, the lower their prize.

When is Hunted back on Channel 4?