Gordon Ramsay, Gino D’Acampo and Fred Sirieix are back on the road for another series of their ITV show –  and this time they’re heading to the States!

With a BAFTA-nomination and TV Choice Award under their belt, following the very successful first series in 2019, the boys are set to have their most outrageous trip this year.

So where are they going? And when is it on?

When is Gordon, Gino & Fred: American Road Trip on TV?

Buckle up and get ready to take in all the sights America has to the offer, as the boys will be back in their RV on April 2nd.

The first episode will kick off at 9pm on ITV and will last just over an hour.

The rest of the series will follow weekly with 60-minute long episodes. 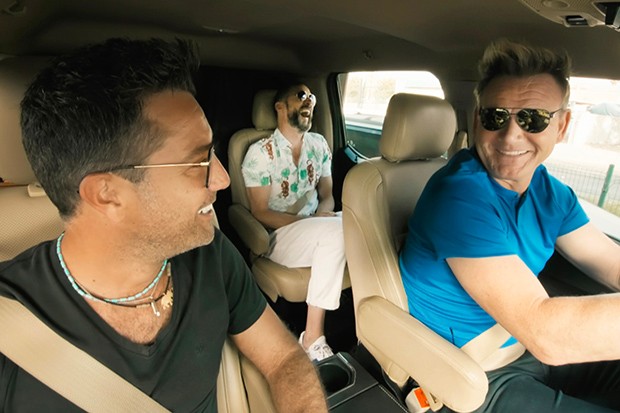 Where are the boys heading this series?

The trio will be hitting the highways of Mexico and the USA for their most outrageous road trip yet.

Featuring extreme adventures, sumptuous feasts and their own distinctive brand of bickering and ego-bashing, this is food on tour like never before.

And with all three amigos battling it out to be king of the kitchen as well as king of the road, viewer are in for a real treat! 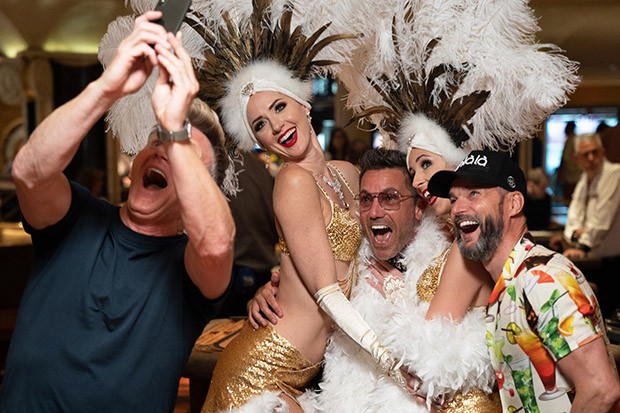 What can viewers expect?

The three amigos and their three big egos will be seeking out the most memorable ingredients, amazing wines and spectacular scenery as Gordon goes on a mission to prove to Gino and Fred that the food across the pond lives up to its reputation of being bigger and better.

But with Gino and Fred being loyal to their European roots, can Gordon convince the culinary experts?

In episode one, the guys pick up their mammoth new RV, nicknamed ‘Betty the Beast’ and begin their trip in Mexico in search of ‘The Best Breakfast in the World’. 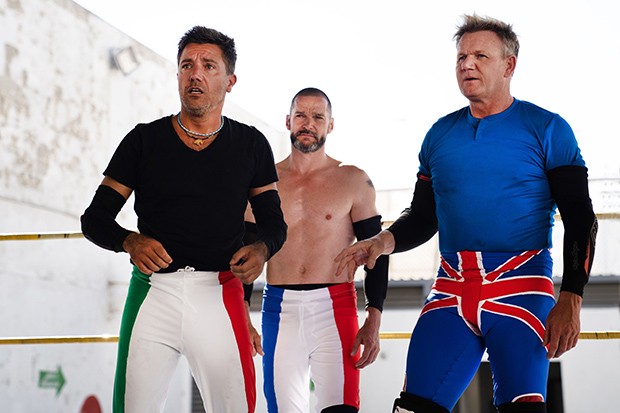 Along the way they’ll sample Mexico’s most famous drink – Tequila – and blind taste some very hot chillies, before catching their own fish for dinner.

And if you thought that was all, wait till the evening when the boys will take part in traditional Mexican wrestling and become luchadores.

Now that’s a sight we can’t wait to see.

Who are the cast? 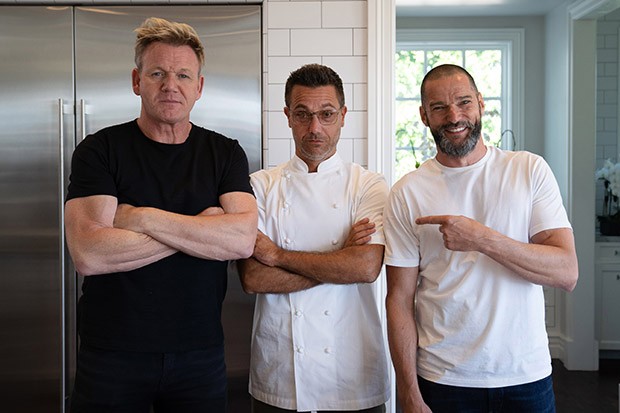 Famous for his no-nonsense attitude and culinary skills, Gordon is one of the most popular British chefs.

Speaking of this series’ location, he said: “The route is a breath of fresh air for all of us. We have a vague connection to some of the locations, but truly we are all experiencing a lot of things for the first time. I was looking forward to Mexico the most, I haven’t explored that part of the country so much but was ready to see what their food, wine and culture had to bring to the table.”

So did he get to cook anything unusual?

“Nothing too unusual, I’m sure Gino and Fred were hoping I’d make a marijuana-laced dish in San Francisco, but that did not happen,” he said.

The Italian, celebrity chef is best known for his food-focused television shows and cookbooks. He regularly appears on This Morning, and he’s also a panelist on Keith Lemon’s Celebrity Juice.

While Gino couldn’t wait to be back on the road with his boys, admitting he didn’t “really care” where was as long as was with them, the trip actually built a brand new relationship – between Gino’s son and Gordon’s daughter, who they learnt were dating while away.

He said: “I FaceTimed my son Luciano during the trip and he was in a restaurant and he was saying ‘Hi’ to Gordon and all of a sudden, Tilly appears.”

So how does he feel about this?

“Look, I don’t care, it’s nothing to do with me, but Gordon cares, of course. Because if something happens serious then Matilda will be called Matilda D’Acampo! Gordon hates that. Can you imagine it?” he laughed.

The TV star says he had a whale of a time on the road trip in the US, and often laughs out loud about

However, there was one thing that ticked him off – Gordon and Gino’s driving skills.

“Oh it was bad,” he explained. “Gino is very bad because he’s Italian and he thinks he is fun. People were swearing at us. Gordon bumped the RV twice. I’m more cautious with my driving but they are just nuts because they are always competing and always shouting. They destroyed that RV on the trip. It was completely destroyed.”

Is there a trailer?

There is a preview clip – and we haven’t stopped laughing since watching it!

You can watch it below.