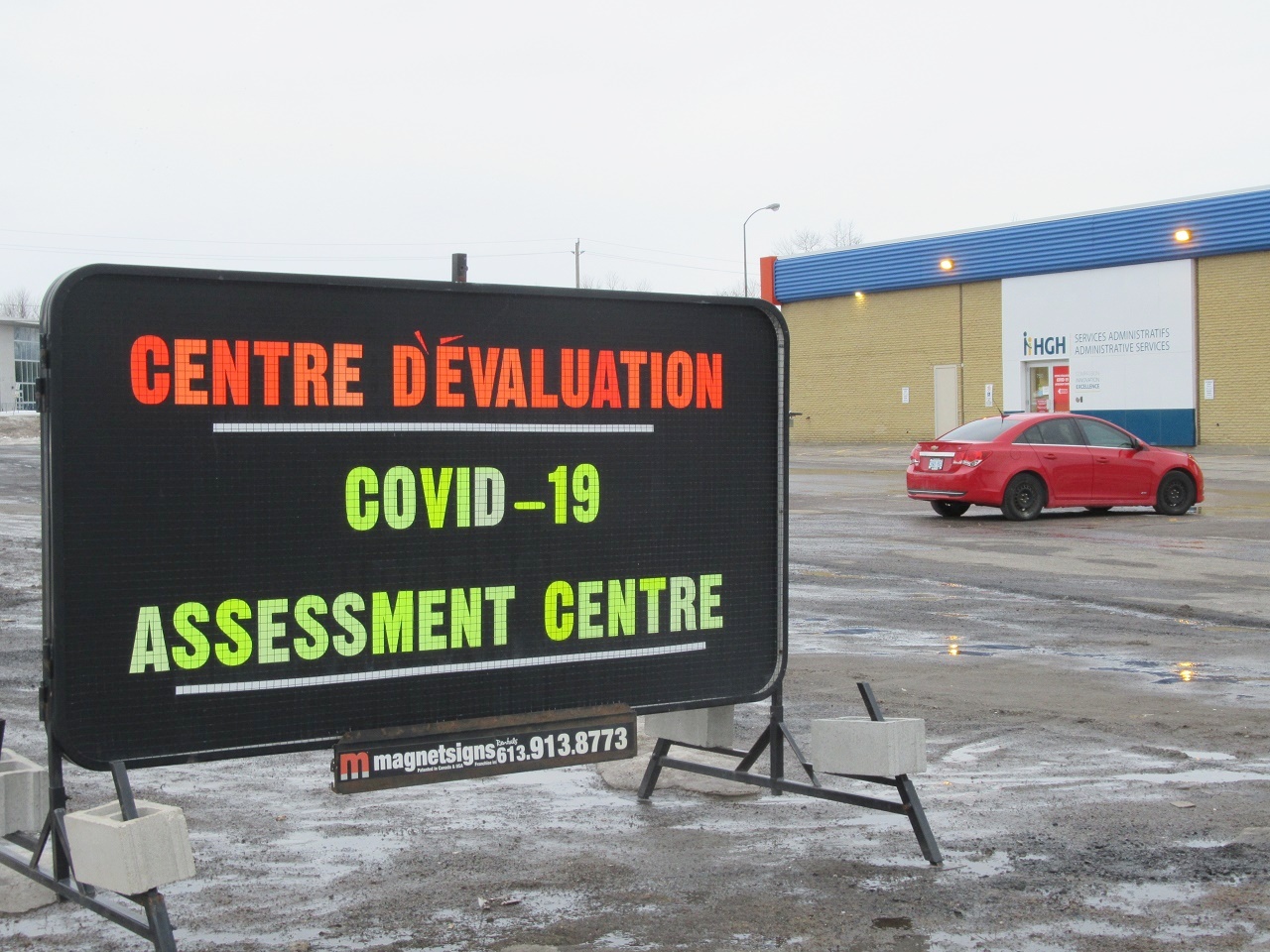 Outside a COVID-19 testing and assessment center in Hawkesbury, Ontario. Photo: James Morgan

Canadian Health Minister Patty Hajdu announced Wednesday afternoon that a mandatory quarantine of all travellers returning from outside Canada would take effect at midnight. It will require those travelers to be quarantined for 14 days.  Air travellers will be accommodated at hotels near airports.

However, Eastern Ontario Health Unit (EOHU) Medical Officer of Health Dr. Paul Roumeliotis was waiting for directions on Wednesday afternoon about how returning travelers crossing the Canada-U.S. border into Eastern Ontario will be quarantined.

“I’m anxious to see what kind of measures are going to be taken at the Canadian border,” he said.

Although the border is closed to non-essential traffic, many people are still driving home from places like Florida and will not be refused entry into Canada.

As of Wednesday afternoon, there were four confirmed COVID-19 cases in the five counties under EOHU jurisdiction, in the area around Prescott and Cornwall, Ontario.

Roumeliotis is especially concerned because approximately half of the confirmed COVID-19 cases in the United States right now are in New York State. He said public health authorities are closely watching how that could affect communities along the St. Lawrence River and Highway 401 from Kingston to Québec.

“That is what is preoccupying us at the present time,” said Roumeliotis.

Due to the fact that the Akwesasne First Nation is located in Ontario, New York, and Québec, the EOHU is aware that people from the reservation travel throughout the two provinces and the state daily for work and shopping.

Roumeliotis said he is in regular contact with Chief Abram Benedict of the Mohawk Council of Akwesasne and includes him in regular meetings with the mayors of towns and cities throughout the EOHU’s jurisdiction.

He added that the Akwesasne Director of Health, Keith Leclaire, is also part of the EOHU’s Emergency Management Team which is having regular discussions during the present crisis.

A COVID-19 testing and assessment facility could be opened in Akwesasne, if necessary.

As an example of the transnational nature of Akwesasne, the health department building is located in Québec, but the parking lot is in New York.